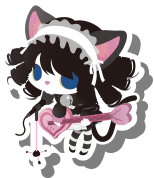 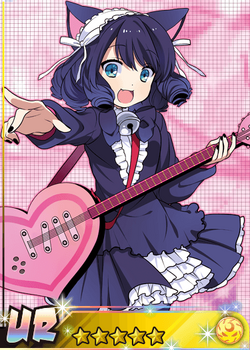 Cyan (シアン), is a member of the band Plasmagica and the main heroine in the anime.

She loves gothic lolita and setarias. She has a straightforward but gentle personality, and doesn't suspect anybody.

When she found the legendary "Strawberry Heart," she was told about a great music legend who formed a band to become the top band in the world.

Retrieved from "https://show-by-rock.fandom.com/wiki/Cyan?oldid=15093"
Community content is available under CC-BY-SA unless otherwise noted.